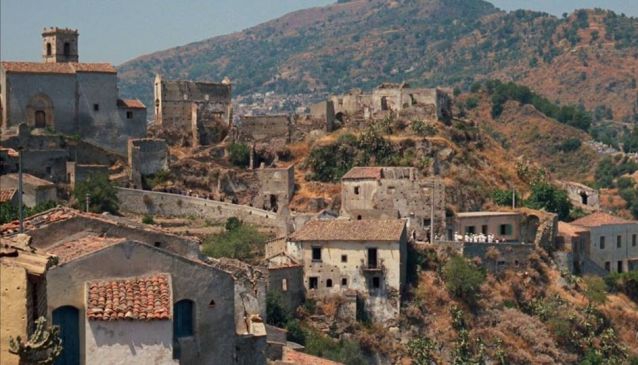 Worth seeing in Savoca are the Pentefur Castle, the Museum and the Catacombs located within the Capuchin Convent.

Savoca became famous by the film 'The Godfather'. The Bar Vitelli where the 'Padrino' meets the father of his future bride still exists. Here and in the nearby village of Forza d'Agro almost all Sicilian scenes in the movie were filmed.

Built in the second half of 16th century, the crypt contains 32 mummified bodies of the seventeenth and eighteenth century.

The first mummy dates back to 1776, and the most recent coffin is from of 1876. The bodies in the crypt belong to priests, abbots, poets, and judges. The process of mummification (which lasted 60 days), was called 'natural drying': It consisted in sprinkling salt and vinegar on the body, and in the crypt, thanks to the drafts of air, the natural drying of the body took place.