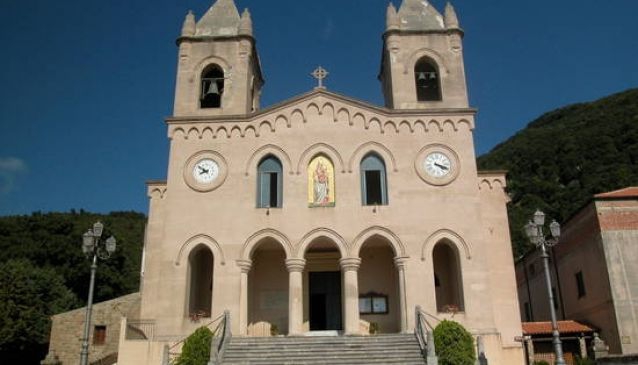 The Sanctuary of Gibilmanna is one of Sicily's pilgrims' destinations, together with Tindari with the Black Madonna and Montepellegrino in Palermo with the shrine of the city's patron saint Santa Rosalia.
Gibilmanna is located in the Madonie Mountains on a slope of the Pizzo Sant'Angelo at an altitude of 800 metres, and a wonderful place to escape the summer heat in Cefalù and Palermo.
Gibilmanna was one of the six Benedictine monasteries Gregory the Great commissioned at own expenses before his election as Pope in 590. We don't know much about this church for the next 600 years. It was mentioned again in 1178, and was a priorate in 1228, but no more a Benedictine possession. The church we see today was built in place of the Benedictine chapel in 1623, in the same century the convent was enlarged. The facade was remade in Neo-Gothic style at the beginning of 20th century.