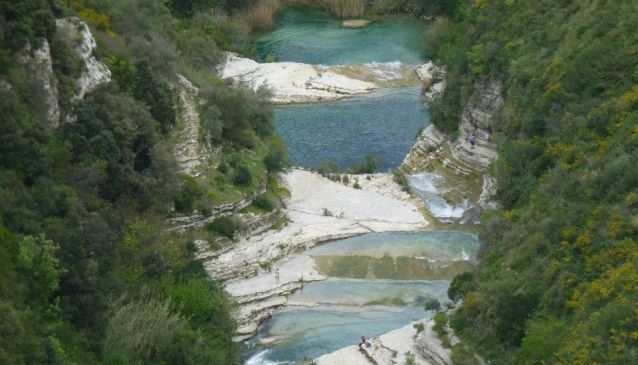 The most fascinating canyon of the Hyblaean Mountains must be the 'Cavagrande', cut into the limestone rocks by the river Cassibile, which formed natural swimming pools where hikers can have a refreshing bath. There are also two ancient rock villages, dating back to the X-XI century BC, with graves in several caves and grottoes. The Grotta dei Briganti is accessed via steps carved into the rock. Inside the cave are several rooms which can be reached along the spiral staircase carved into the limestone.

The flora includes endemic species,  tropical ferns, spurges, wild orchids and a plant you wouldn't ecpect to grow in Sicily: the snowdrop. Amonf the birds are the Sicilian long-tailed tit and the peregrine falcon, and on the ground you can find martens, porcupines, leopard snakes, tree frogs, tortoises and several raptors. Worth a mention are the freshwater crabs.

The Cavagrande del Cassibile can be explored on several trails.