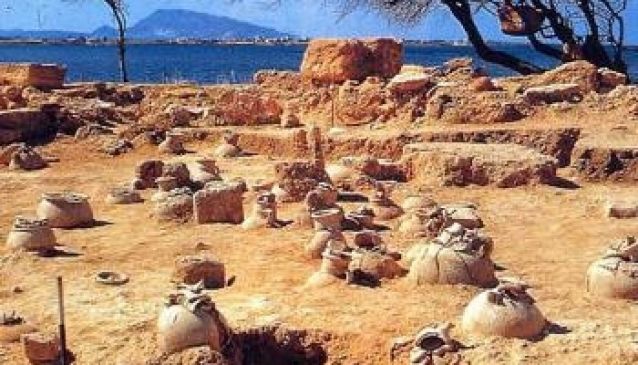 Mozia is one if the best examples of early settlements in Sicily and a must-see for all visitors around Trapani and Marsala. Along with Palermo and Solus, Mothya was one of the three main Phoenician bases in Sicily. It was settled some time in the eight century BC and completely razed to the ground in 397 BC by Dionysius I.

The Whitaker Museum's main treasure is the 'Giovanotto di Mozia', a Phoenician statue of a young boy from the fifth century BC.

Little remains of ancient Mothya itself, but if you can find a villa with mosaic floors, an ancient guardhouse, a fifth century BC harbour, cinerary urns containing the remains of infants and domestic animals, a vineyard lined with olive trees and a sanctuary.