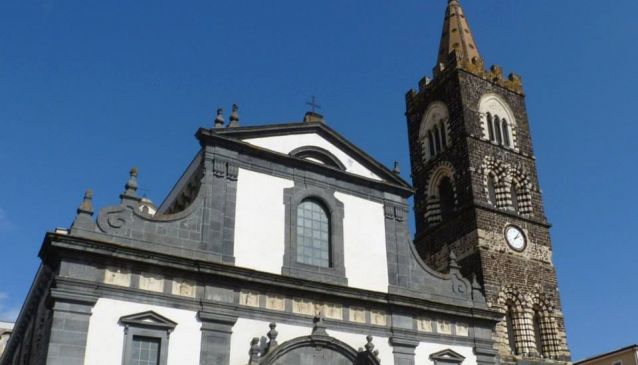 The Lombard Cathedral of Saint Martin in Randazzo dates back to the 13th century, but expansions and renovations were carried out in the following centuries, especially after the massive war damage. Superb and spectacular is the unaltered bell tower of the 13th century with its pairs of mullioned windows. The campanile is supposed to be the most beautiful bell tower in the whole of Sicily. THe facade is late Renaissance, like the one of the Santa Maria cathedral. Inside you can admire a 15th century polyptich attributed to Antonello da Saliba, a baptismal font in marble by Angelo Ricci of the year 1447, a 15th century picture of the Pietà, a 15th century statue of Our Lady of Mercy (Gagini school) and a wonderful marble statue of the Madonne delle Grazie attributed to Vincenzo Gagini himself.