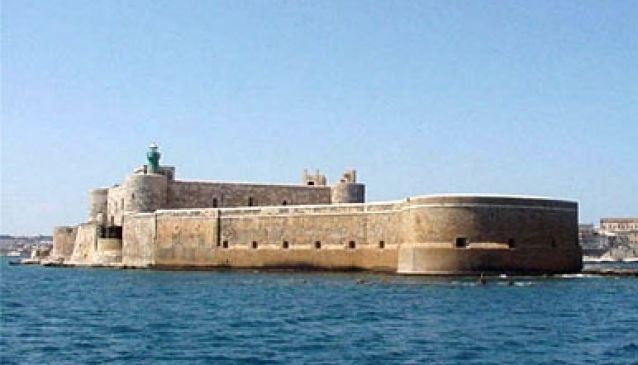 At the end of the island of Ortigia stands the Castle Maniace, built by the Swabians, and commonly called Maniace in honor of the Byzantine commander Giorgos Maniakis who liberated the town of the Arabs in 1038. Today it is one of the  most important buildings of the Swabian period in Syracuse. Some two hundred years later Emperor Frederick II of Hohenstaufen transformed the fortress into a castle. The Castello Maniace was heavily damaged by the devastaking earthquake of 1693 and an explosion in 1704.
In the following years began the reconstruction in Baroque style, but it still retains the original structure with a square base and four cylindrical towers. Very  interesting is the pointed Islamic arch of the front door, which is covered with polychrome marble and shows on top the imperial coat of arms of Charles V.

Inside the castle is a unique salon with columns and fireplaces in the corners.