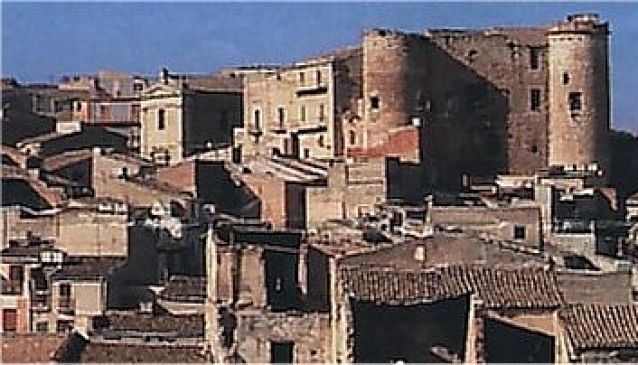 The Castle of Racalmuto was built in the period of the barony of Robert Malcovenant, a Frenchman in the wake of King Ruggero d'Altavilla. Later, Frederick of Aragon transferred the ownership of the castle and the surrounding fief to Frederick II Chiaramonte. The Chiaramonte family was responsible for the initial expansion of the fortress which assumed a majestic appearance.

The castle is a perfect example of Swabian military architecture, with its trapezoidal base, the circular towers, the layout of portal and secondary entrances, windows arranged without symmetry and the imposing two feet thick walls. The left tower has retained its original appearance while the right has been restored and destined to the lookout.