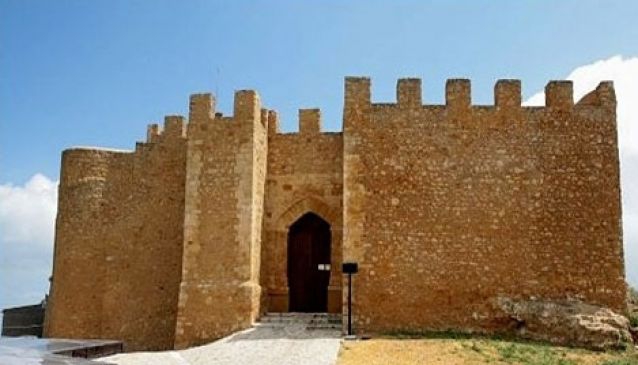 The Castello di Naro was built on top of a hill in the 14th century by the Chiaramonte and is therefore also known as the 'Castello Chiaramontano'.
The complex includes walls with battlements, a square tower built by Frederick II of Aragon and the imposing 'mass of the male'.
On the east side there are two mullioned Gothic windows that illuminate the great 'Hall of the Prince', which is located on the first floor of the tower.
The portal is flanked by two rectangular bastions.
The massive outer walls are interspersed with two cylindrical towers and two square towers.
Inside the walls there is a large courtyard, which housed the accommodation of the garrison, the chapel and the stables, and in the case of attack offered refuge to local farmers.

There is also a remarkable living room.