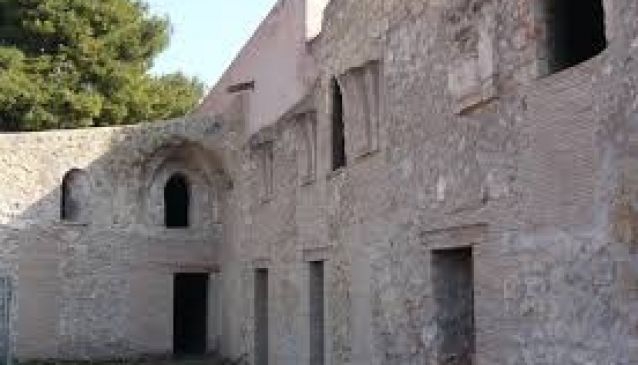 The Castle of Maredolce lies within the Parco della Favara. This palace, improperly called the castle, was built in 1071 in Islamic style and was part of a 'qasr,' a fortified citadel on Monte Grifone. In former times it was surrounded by an artificial lake. The park around the palace, in which Roger II used to hunt, was a garden with citrus and fruit trees, waterways and exotic animals. The water, which is essential for plants and a symbol of purification and rebirth, was the central element in the garden designed as a replica of the Koranic paradise

Over the centuries, the castle was transformed into a fortress and in 1328 it was ceded to the monks of the Teutonic mansion, who transformed it into a hospital.

In the seventeenth century it became the property of Francesco Agraz, Duke of Castelluccio, who transformed it into a farm. In 1992, the Region of Sicily has acquired the building for expropriation.