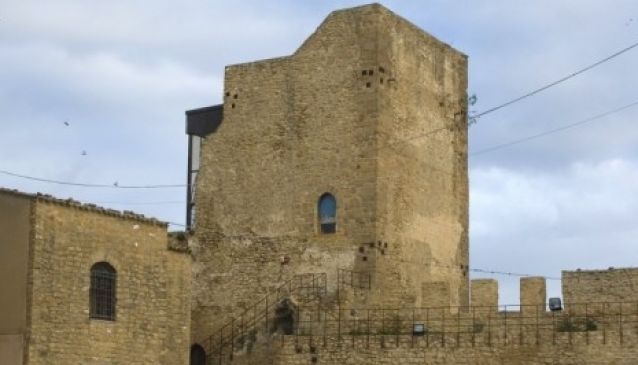 The Castello di Butera was originally formed by a system of towers linked by curtain walls, parts of which are now incorporated in the buildings of a later period.

The large courtyard, enclosed within the walls of the castle, is now used as a public square. Recent excavations carried out three large underground tanks inside which were recovered ceramic fragments of medieval age.

The existing structure is only one of the towers of the complex. With the restoration of the last years has been recovered an external staircase which gives access to the second level of the tower.

The third layer is covered by a beautiful ribbed cross vault with coat of arms. The current property is public and what remains of the castle is used as an exhibition space.