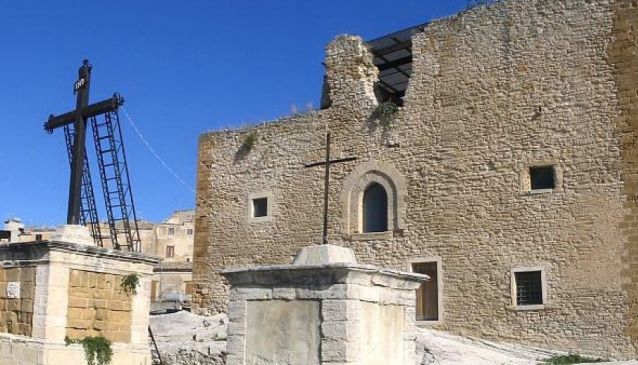 The Castle of Burgio is built on hard rock and surrounded by two streams which formerly served as a moat to separate it from the rest of the world.

The entrance of the castle is constituted by a pointed double arch which is only accessible through a removable scale. The interior has two levels, divided into spacious halls connected by an internal staircase. One of the halls is a former chapel.

On the esplanade is a big cross, the protagonist of Good Friday, when the inhabitants of Burgio went in procession to Calvary of Christ.

The quarter around the castle is of Arabic influence, characterized by an urban layout that consists of narrow winding streets, alleyways, small houses and arches.
The castle has been restructured, so it is possible to visit the inside as well.