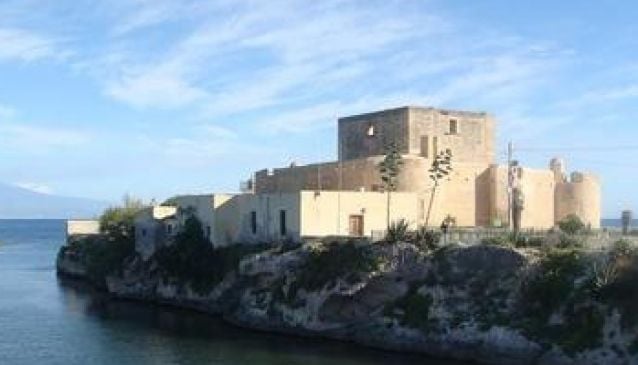 The Aragonese Castello di Brucoli was built in the fifteenth century as a watch tower to guard the coast and monitor and protect against Turkish-Barbarian raids. It underwent several additions and alterations in the following centuries, e.g walls with circular towers at the corners were added in the 16th century.

The Castle of Brucoli dominates much of the Gulf of Catania and was therefore used as a watch and guard post in the 18th century, hosting a military garrison in the employ of the nearby fortress of Augusta. It guarded also the port of Brucoli.

Despite the effects of time, the castle is in good condition.