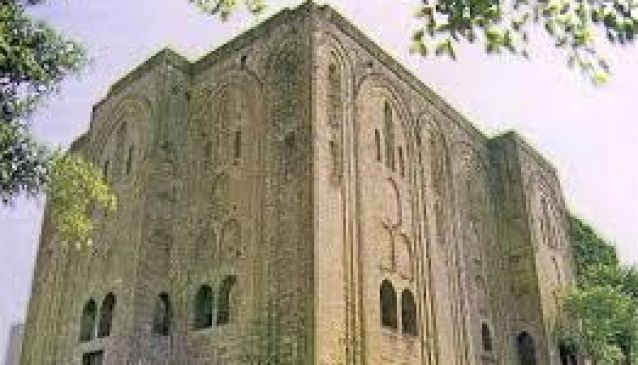 The Cuba was built as a place of delights where the King and his Court could spend pleasant hours resting in the cool citrus gardens or attending festivals and ceremonies. In the past, Cuba was surrounded by a reservoir nearly two and a half meters deep. In the centuries after its construction the Cuba Sottana was destined for different uses: the lake was drained and on the banks pavilions were built, used as a hospital during the plague (1576-1621. Later it accommodated Burgundian mercenaries.
The exterior walls are adorned with pointed arches. At the bottom open some windows separated by pillars of masonry. The walls are very thick and have few windows. Inside the Cuba was divided into three rooms. At the center are the remains of a beautiful marble fountain, a typical Arab element necessary to freshen the air. The central hall was decorated with muqarnas, similar to a half-dome.