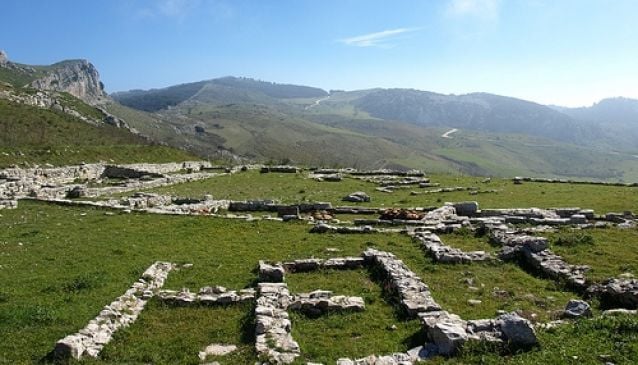 On a hill, in a short distance from Sambuca di Sicilia, are the impressive ruins of an urban centre, that was inhabited  between the eighth and the third century  B.C.

The vast archaeological area extends on terraces starting from the southern slopes of the mountain where was the necropolis with different types of tombs: hypogeic chamber tombs, including the so-called Tomb of the Queen, referring to the phase of  the VI-V century  B.C., and chests, covered with blocks of marl dating from the fourth century B.C. The inhabitans built a mighty defense wall, there are the remains of the monumental South Gate and North Gate, flanked by turrets. At the foot of the acropolis was a sacred area with a rectangular building. The tripartite temple erected on top of the acropolis is apparently related to the emergence of the cult of Baal Hammon and Tanit. In the south suburban area a large complex was built for workshops, crafts and agriculture. In the non- urban area at the South Gate remain the facilities of a small Hellenistic sanctuary dedicated to Demeter and Kore.