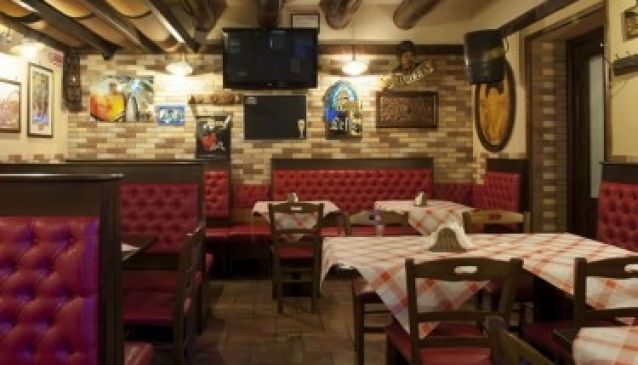 Founded in 1990, the Birreria Genesi now belongs to the local 'historians' of Palermo. Offset from the city nightlife, overlooking an ancient square, the birreria has a large number of customers, loyal over the years, but is also enriched by new visitors.

The three rooms of the restaurant-pub are cozy and carefully decorated, at the large bar several draft beers are served by product, pressure and temperature.

The corteous staff is prompt and attentive to customer needs. In the kitchen German tradition meets Italian taste, you can order everything from a snack and simple meal to a gourmet dinner. Appetizers, cheese or meat fondue, sandwiches and dishes with selected meat and sausages to angus steak. The menu changes with the seasons and the produces used are always fresh.

An evening at the Birreria Genesi makes a nice change, for both food and drinks. Enjoy!