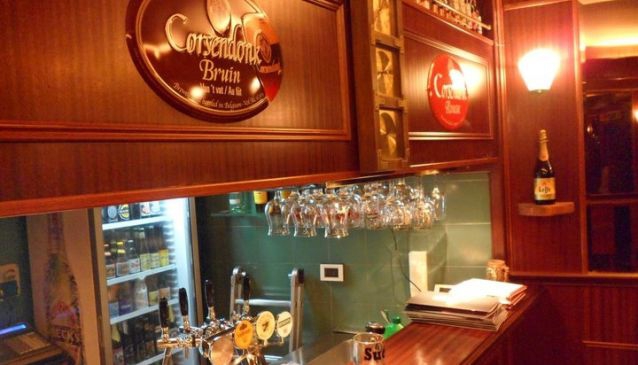 All Germans drink beer, so they say. Maybe I'm the big exception, being German and not particularly fond of beer, never was. Wine is more my thing. So I was a bit sceptical when a German friend who lives in Palermo suggested we should go for a beer to the Oktoberfest Birreria. What a name! But I must say it was a positive surprise: the place is reminiscent of the typical German beer pubs.

There are more than 50 types of foreign beers to taste, and the atmosphere is really welcoming, same is the staff. And when you get hungry, tasty cuts of meats and cheeses are served on wooden cutting boards, like in Germany. A lovely place where we were treated like (German) stars.

And the owner did not think exclusively of hops aficionados, there is also a supply of wines, spirits, and soft drinks.