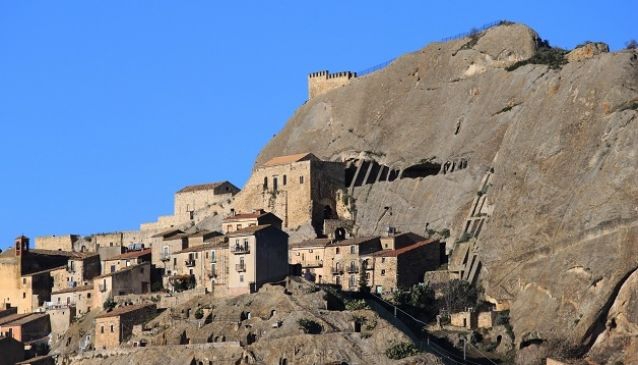 Sperlinga is located between the Nebrodi and the Madonie, in the heart of Sicily.
The name derives from the Greek 'σπήλαιο' (spilaio), in Italian spelonca, cave. The village of Sperlinga was built by digging caves in a giant rock. In the town there are numerous caves, overlaid with quaint streets that together form a rock-village.
The town's economy is mainly based on the production of wheat, olives, citrus fruits and fodder.

Founded as a feudal village, Sperlinga's expansion started in 1597, when King Philip II of Spain, who was also the King of Naples and Sicily, granted the town the privilege to be able to fabricate.

The Castle of Sperlinga is a rare example of a rock-castle, partly dug into the rock. The castle was the only place where French soldiers found refuge during the Sicilian Vespers, because Sperling did not join the rebellion.

Sperlinga makes for a great day out, especially on hot summer days.