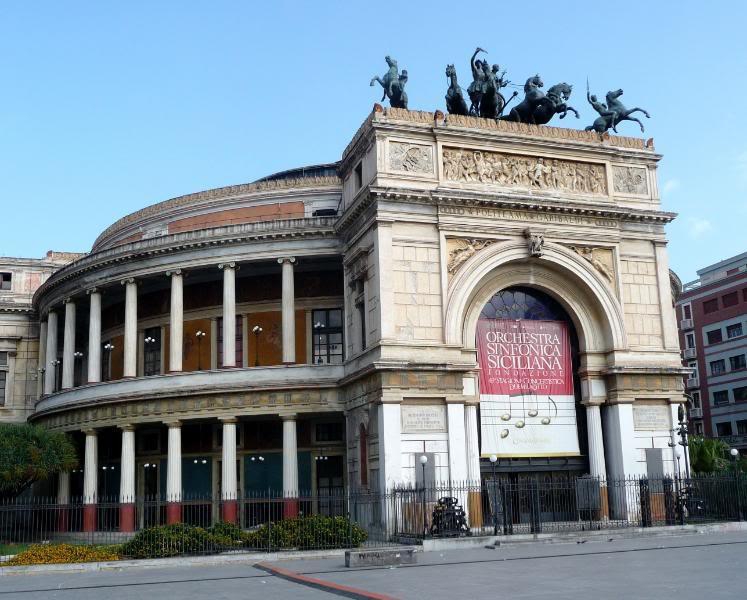 The Politeama Garibaldi Theatre is a wonderful building in Palermo's main square Piazza Politeama.
Built in neo-classical style and inspired by the city of Pompeii, the entrance is marked by a triumphal arch. and galloping across the roof are four horses pulling a bronze chariot of Apollo.
Teatro Politeama has seen its best years during the time when the other theatre Teatro Massimo was closed for restoration and the Politeama had become the centre of Palermo's cultural life. Today mainly concerts such as Friends of Music and opera performances are held in here on hot summer evenings or in the afternoon.

The top floor houses the Modern Art Gallery with artefacts dating back to the 18th and 19th century.

From November to June concerts of the Sicilian Symphony Orchestra.