Can't See the Woods for the Tees

Gaze across the rugged Sicilian landscape to the slumbering Mount Etna

It’s been nearly one hundred years since the first ball was teed off to commence what’s become one of the sporting calendar’s most prestigious events, the PGA. In 1916, it was America who received all the plaudits; only since the seventies have tournaments within the PGA included Europe’s finest golfers. Come 2012, and between March the 29th and April the 1st, during what will be one of the highlights of the Sicily events calendar, the otherwise sensual Sicilian landscape will be transformed into a humming mass of golf fanatics following the moves of every professional on course during the Sicilian Open.

Set on the western coast of Sicily, the Verdura Resort lies among gently rolling hills whose soil is deepened rust, overlooking the azure Mediterranean waters. Its year-round balmy climate makes it difficult for even the least experienced golfer to be deterred. Temperatures rarely slip below 13°C, making the Verdura Resort an ideal location to stage a tournament as widely recognised as The Open. Indeed, it is a perfect destination for a golfing holiday any time of the year.

To whet appetites further, until March 15th, the resort is offering a deal to commemorate the tournament, supplying unlimited golfing access, or daily spa treatments throughout your visit.

The courses themselves offer players the chance to sample some typical Sicilian terrain and take in the scenery reminiscent of that in the surrounding area. Undulating greenery alongside the rugged, coastal stretches create a great combination, presenting a challenge for seasoned golfers and incentives for amateurs. Certainly, shots from tournament competitors such as Northern Ireland’s Rory McIlroy, England’s Lee Westwood and the ever-charismatic Spaniard, Miguel Jiménez, will be a joy to witness. Together with the omnipresent water-hazards lurking nearby, excitement and anticipation will be rife among the crowds. 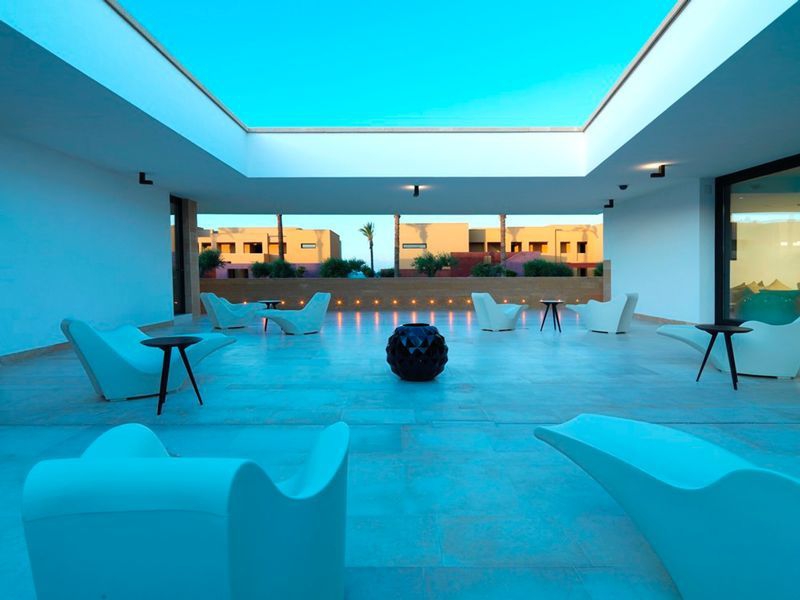 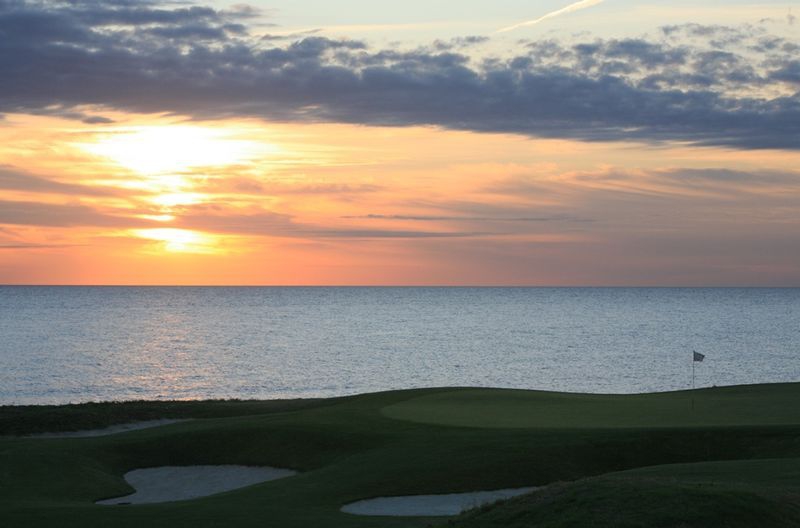 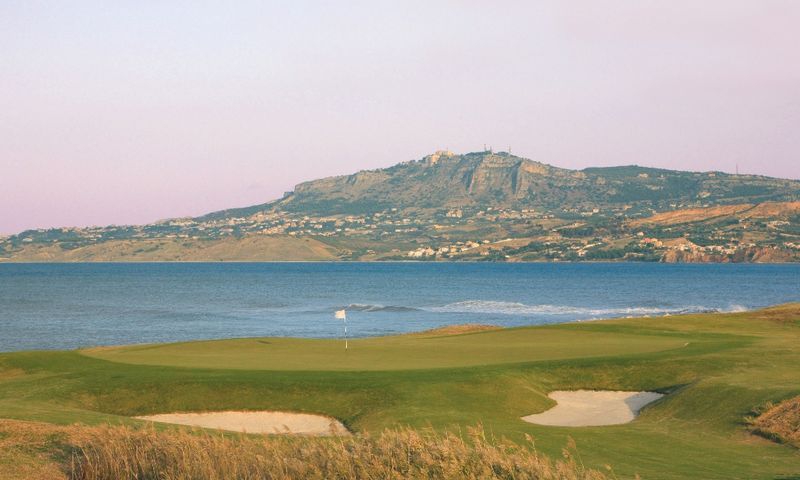 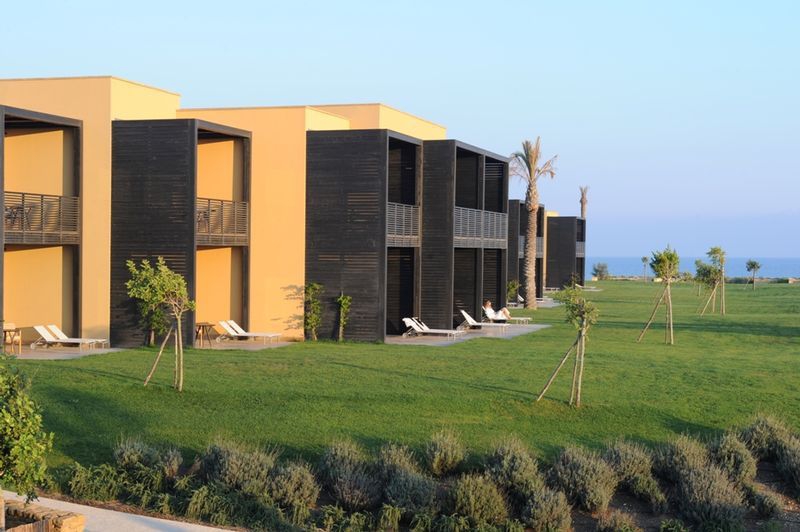 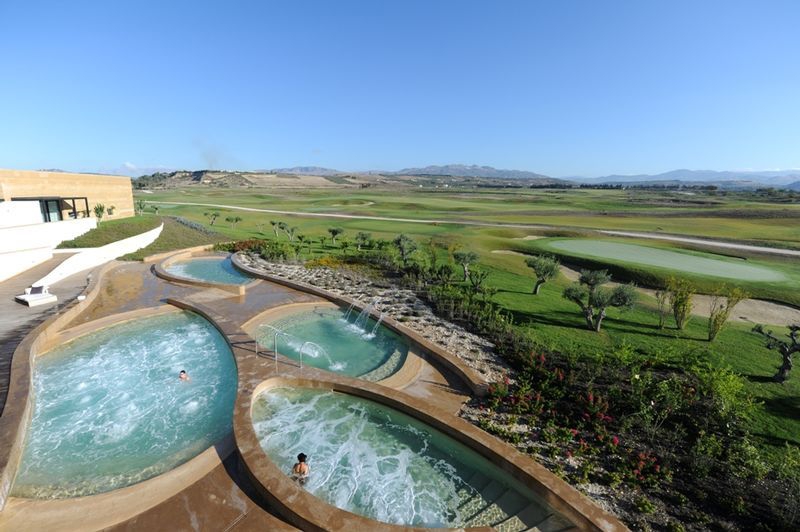 Of course, the tournament itself is the reason the crowds will be turning up, but don’t feel like you’re being left behind if you choose not to spend all day standing in the heat trying to find a small white speck fly through the air. If golf isn’t high on your list of interests, that’s fine; there is still plenty more to discover close to the resort.

There’s the neighbouring seaside village of Sciacca, for example. The closest town to Verdura, just fifteen minutes’ drive away, its buildings stack up a hillside that overlooks the harbour at the foot of its crescent-shaped form. It’s thanks to this harbour that Sciacca prides itself on its abundance of fish restaurants. Local fishermen provide a large contribution to the restaurants’ menus, enhancing the town’s excellent reputation of fresh, healthy meals. Alternatively, strolling down to one of Sciacca’s silky-smooth beaches is another perfect way to spend time apart from all things nine-iron-and-pitching-wedge. 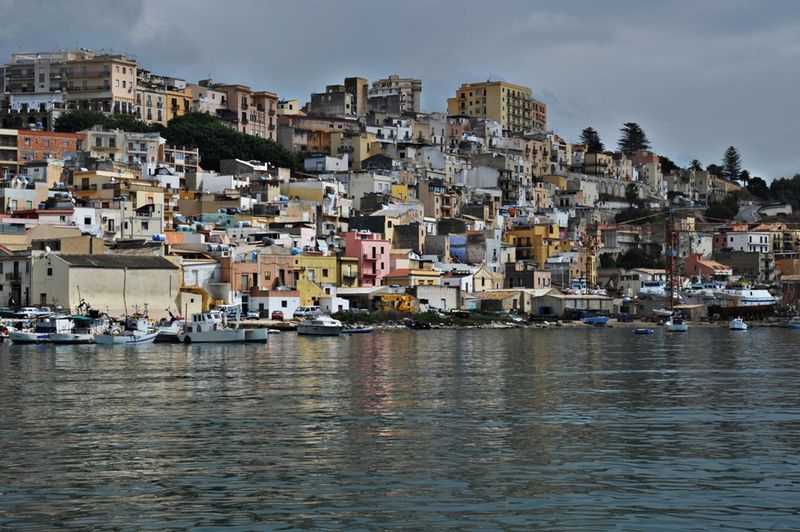 If you’re after a more rural experience, why not head to another ancient village, further inland from the coastal Sciacca? Caltabellotta is a twenty five minute drive from the Verdura Resort, and the views upon arrival are more than worth the journey. Gaze across the rugged Sicilian landscape to the slumbering Mount Etna before exploring the huddled town itself. It’s a maze of a place, all carved from the same sandy-tinged rock, lying at the foot of its own rocky projection. Wiggly alleys snake their way up and down rock staircases, opening up to hidden squares among the otherwise gothic architecture.

As well as being dramatic and beautiful, Caltabellotta also boasts a historical, religious, and cultural presence with its selection of cave burials, and a church which appears to melt into the side of the rock face; it was carved into the stone, rather than being free-standing. This sort of ancient, quirky design encompasses the whole of the town, creating its unique sense of attraction.

Returning to the resort, how could anyone neglect its sensational spa treatments? There’s a fusion of artistry and well-being in the spa. Lime-green lighting illuminates the waters of the outdoor pools, whose waterfalls and massaging jet systems cause ripples to reflect off the smooth, creamy marble walls and edging. Otherwise, soft lighting abounds, mixed with pure simplicity and precision down to the nearest millimetre. All this leaves guests feeling unbelievably relaxed, thanks to the detoxifying plant extracts as part of the massage ingredients. The Verdura Resort’s spa is highly advanced, professional and apart from anything else, beautiful down to the last perfectly-placed fragrant candlestick.

In golf, any Open Championship demands that the venue and location provide class and sophistication. Quality backdrops, fit for global television broadcast, as well as the masses that will gather, must be in abundance. The Verdura Resort supplies just that, and more. It’s a venue for both heated competition and gentle relaxation, producing excellence in all areas. The same goes for areas out of the resort’s command, such as its surrounding towns and villages. 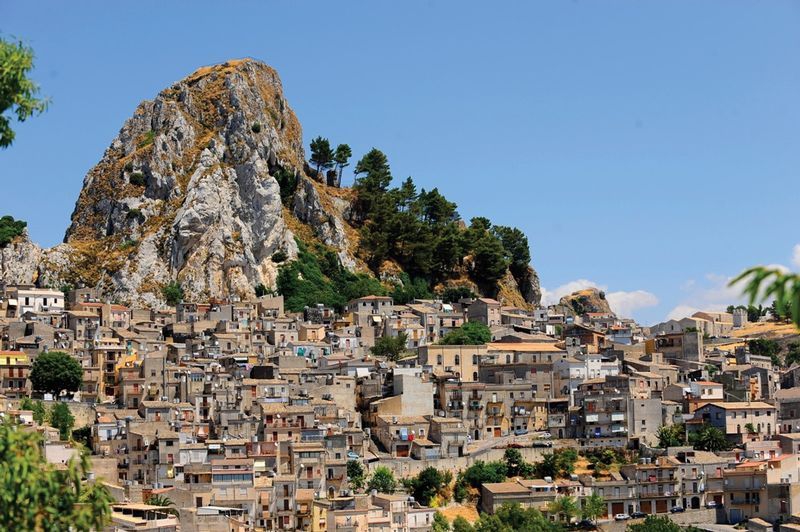